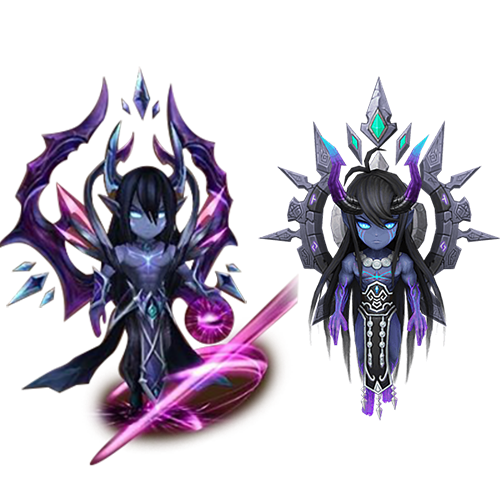 Increases the HP of ally monsters by 33%. (In All Content)

Attacks with magical powers and inflicts continuous damage for 2 turns with a 50% chance. The damage increases according to Attack Speed.

Attacks all enemies and stuns them with a 30% chance. The damage is proportionate to my MAX HP. (Reusable in 4 turns)

For the most part you want the Dark Ifrit, Veromos to be fast and tanky. You should try to get him to 45% accuracy then focus on Speed, HP, and Def. 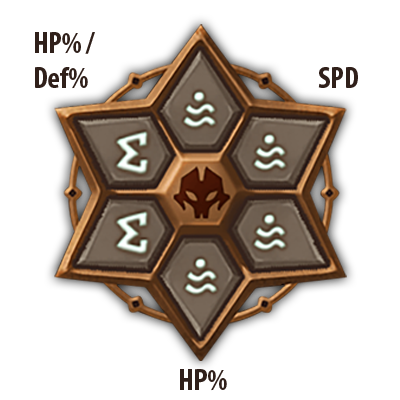 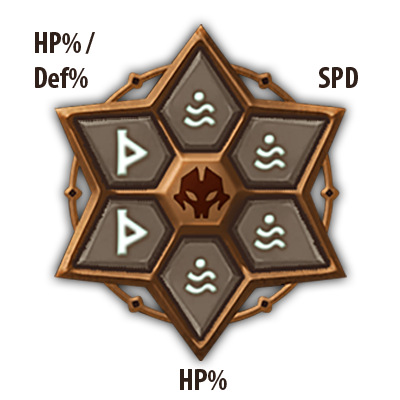 If you're looking for a more in-depth guide on how to build, rune, and use Veromos for different content in Summoners War, consider getting our Rune Farming Guide. There we cover exactly how much of each stat you will need and what other monsters to use on teams with Veromos.

GB10 (10/10): Veromos is one of the best monsters in the game for an early game Giants B10 team. Once you start transitioning to a speed team you will no longer use him for giants.

DB10 (10/10): Veromos is also one of the best monsters in the game for an early game Dragons B10 team. Once you start transitioning to a speed team you will no longer use him for dragons.

NB10 (0/10): He is pretty useless in Nerco B10 because you don't need a cleanse, he doesn't have any multi-hits, and does very little damage.

ToA (7/10): He is pretty good for ToA because of his leader skill, AoE stun, and cleanse can come in handy as well.

Rift of Worlds (0/10): Veromos is pretty useless in Rift content as well because his cleanse won't work when the Raid boss puts oblivion on him.

Labyrinth (5/10): He is decent in the standard Labyrinth stages because he offers a good leader skill with a stun and cleanse. Just make sure to use him with a tanky style team.

Arena (3/10): Veromos should only be used for Arena in the early game when you don't have many monsters runed up.

Guild Wars (3/10): Veromos also should only be used for Guild Wars in the early game when you don't have many monsters runed up.

RTA (1/10): Picking Veromos in RTA will most likely lead to a loss, if you're facing a very early game player then go ahead and pick him only because both of you will probably have some of your best runes on him.

Overview: Veromos is arguably the best Nat 5 you can get from monster fusion for an early or mid game player. He is often the first monster most players will 6-star and devilmon.

Is He Worth Fusing?: Veromos is 100% worth fusing, the challenge rewards and free set of Violent runes you get is worth more than the time and resources you'll spend fusing him. Some people will try to tell you it's better NOT to fuse Veromos but this is simply not true, you might get further ahead in the short term but in the long term skipping the Veromos fusion will only slow down your progression.

How To Build / Rune: You'll want around 45% accuracy so Veromos will land his stun and DoT on his first skill. After that focus on high Speed, HP, and Def. He has high base Def and subpar base HP so you can favor Def a bit more over HP.

The reason Veromos isn't very good on Violent as some might suggest is because most of the time his Violent procs don't help you at all. For instance in GB10 if Veromos takes a turn and cleanses the defense break then Violent procs there is nothing for him to cleanse. Violent is best for monsters that need to reduce the cooldowns of there impactful skills while Veromos has no cooldown on this passive which is his most impactful skill. By building Veromos on Swift you're also freeing up some good Violent runes for other monsters that can use them much better than him.

Nemesis is a great set for Veromos because if your team gets defense broken and takes some damage that will give Veromos attack bar increase so he can potentially cut in and cleanse the defense break before anyone dies.

How To Counter In PvP: The best way to counter Veromos is to use ignore defense attackers, since his base HP isn't that great you should be able to one shot him pretty easily. In Guild Wars you can use a Copper/Bulldozer team and in Arena you can use a Lushen team.

Another way to counter Veromos is to bring a bunch of buffers and stuns instead of debuffers. If you don't have any debuffs for him to cleanse his passive is useless and won't be able to heal himself. His passive also dosn't cleanse CC like stuns, freeze, sleep, etc.

How And Where To Use: In the early game you will use him almost everywhere because he provides a great leader skill and will have some of your best runes. He's amazing in GB10 and DB10 because he is the only monster that cleanses every turn and the reason most early game teams die is because of the defense break in GB10 or the DoTs in DB10.

In the mid to late game you won't be using him in dungeons anymore but he will still have a use in ToA, specifically as a high defense tank for the Akroma stages. He will also have some use in the standard Labyrinth stages unless you have pulled tons of other Nat 5's.