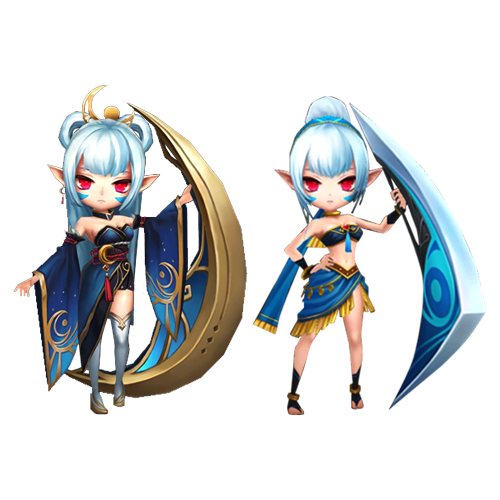 Awakening (Leader Skill): Increases the Accuracy of Ally Monsters by 40% In Guild Content.

Increases the Accuracy of Ally Monsters by 40% In Guild Content.

Attacks the enemy to decrease the Defense for 1 turn with a 50% chance. Additionally, if there's Chakram Dancer included in the team, one of Boomerang Warriors will attack together with Chakram Dancer during Chakram Dancer's turn.

Attacks the enemy 3 times to decrease the Defense and Attack Power for 1 turn with a 50% chance each and disturbs the HP recovery. (Reusable in 3 turns)

On Sabrina, the Water Boomerang Warrior, you want to first get 55% Accuracy (after Shaina's passive) for DB10 and other PvE content then focus on Damage and Speed. If you want to use her in R5 as well you will need some decent HP and Def stats. 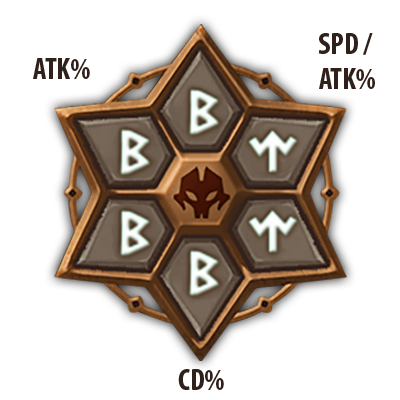 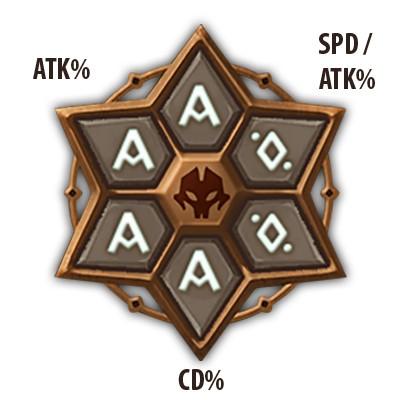 If you're looking for a more in-depth guide on how to build, rune, and use Sabrina for different content in Summoners War, consider getting our Rune Farming Guide. There we cover exactly how much of each stat you will need and what other monsters to use on teams with Sabrina.

GB10 (7/10): Sabrina is still usable in GB10 with Talia but they are not nearly as good as before the twins nerf.

Rift of Worlds (9/10): Sabrina is amazing as an R5 damage dealer because of her 20% damage increase passive and she provides three important debuffs (Attack Break, Heal Block, Defense Break). Sabrina is also amazing in the Rift Beasts paired with Chakram Dancers to do huge damage.

Labyrinth (4/10): She is pretty good for a few stages in Labyrinth when paired with Chakram Dancers.

Arena (3/10): She's not very good in Arena because there are better monsters like Lushen to use.

Guild Wars (7/10): Sabrina is very strong in Guild Wars on a shield, will team. One popular comp is Sabrina, Shaina, Triana. You don't even need both twins on will because Triana can cleanse one of your twins if they get stunned and debuffed.

Overview: Sabrina is one of the best monsters 4-star monsters for PvE progression in the game. You should be saving your summoning stones for a week with Sabrina in it unless you still need Lushen first. She makes PvE progression MUCH easier and is used in a lot of speed dungeon teams.

How To Build / Rune: You'll want around 45% accuracy so she can land her Defense break and in DB10 and some other PvE content. You should then try to get around 165-180 speed, 80%+ Crit Rate and then everything else into ATK and Crit DMG. If you plan to use her as an R5 damage dealer as well you will need some HP and Def to tank the backline.

The reason I recommend the "All Content Build" over the Violent build is because in R5 and Rift Beasts having Violent is actually bad and she doesn't need Violent in order to perform in Cairos Dungeons, ToA, or Guild Wars. The stat requirements to use Shaina in all content is so high that if you want to put her on Violent you will have to use some of your best Violent runes, but why waste your best Violent runes on a mainly PvE monster that can do her job just as well (and sometimes even better) on pure stat sets?

How To Counter In PvP: If you encounter Sabrina in RTA you should most likely ban the Chakram Dancer they will pick so Sabrina becomes pretty useless.

If you find her in Arena defense you should be able to easily out speed or use a shield will team to tank the twins damage.

On Guild War defense you should be able to out speed and kill one of the twins on turn one.

How And Where To Use: Sabrina is part of some of the best teams for pretty much all PvE content in the game. We go into much more detail on how and where to use Sabrina in our Rune Farming and Ultimate Progression Guides:

If you're looking for exact team competitions, detailed stat and rune builds, and guides for Cairos Dungeon check out our Rune Farming Guide.

If you're looking for exact team competitions, detailed stat and rune builds, and guides for ToA and Rift of Worlds check out our Ultimate Progression Guide.