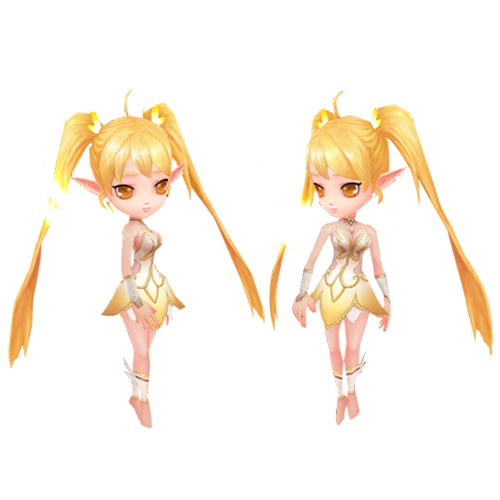 Increases the Attack Speed of ally monsters by 10%. (All Content)

Attacks the enemy 3 times with a whirling storm of light. Each attack has a 20% chance to weaken the Attack Power for 2 turns and decrease the Attack Bar by 10%.

Removes all harmful effects on the target ally and recovers its HP. The recovery amount is proportionate to the Attack Power. (Reusable in 3 turns)

Recovers the HP of all allies, increases the Attack Power and grants immunity for 2 turns. The recovery amount is proportionate to the Attack Power. (Reusable in 5 turns)

You want the Light Fairy Queen, Fran to be on high Speed with good ATK, HP, and Def stats. Also try to get some decent Accuracy on her. 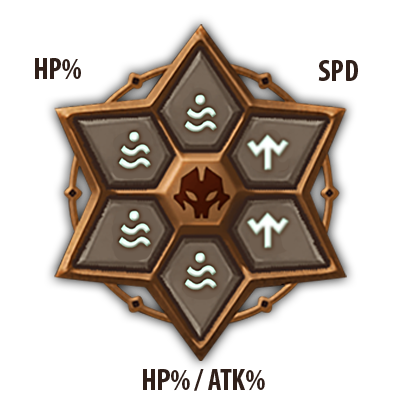 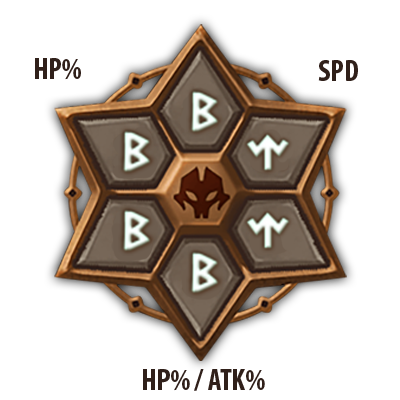 If you're looking for a more in-depth guide on how to build, rune, and use Fran for different content in Summoners War, consider getting our Rune Farming Guide. There we cover exactly how much of each stat you will need and what other monsters to use on teams with Veromos.

GB10 (3/10): Belladeon is a better healer for a starter Giant's B10 team and speed teams don't use healers. You can use her in some semi-speed teams however.

NB10 (10/10): She is the best healer for starter and endgame Nerco B10 teams. Fran being light element means she will tank all the dark monsters so your damage dealers don't get focused and her immunity buff will stop the mid boss from defense breaking your team and killing them.

ToA (4/10): She can be used in ToA as a healer but for the most part you want to be using a full CC team that doesn't need a healer.

Rift of Worlds (5/10): Fran is pretty good for some of the Rift Beasts and can be used as an R5 healer. The reason she's not recommended is Colleen is better as your R5 healer but you can use Fran if you are making a second R5 team for an additional placement.

Labyrinth (7/10): Fran is great in a few of the Labyrinth stages.

Dimensional Hole (8/10): Fran is great in the Inugami Awakening dungeon and the Karzhan Rune Dungeon.

Arena (1/10): Fran really has no place in Arena offense or defense.

Guild Wars (7/10): PvP content is where Fran shines, her ATK power buff and Immunity is great for some Guild Wars offense comps.

RTA (9/10): Fran is one of the most picked monsters in the current RTA meta as an immunity unit. Her overall kit is really strong and because she scales on ATK power she gets strong the longer the match goes on.

Overview: Fran is one of the best F2P monsters, you can get her by buying her with Ancient Coins from events. (Shop > Special Tab > Ancient Magic Shop > Ancient Coin Tab)

She is useful in both PvE and PvP so we would highly recommend everyone get and build her.

How To Build / Rune: The Swift build is good for having her move first and buff up 2-turn immunity and ATK buff for your team. Violent is also great to turn cycle and have a higher uptime of Immunity.

As for stats you want her very fast with good HP / Def so she can survive. You'll also need some ATK because her heals scale with ATK and try to get some decent Accuracy so she can land her ATK Break and ATB push back.

For R5 she only needs 15% Accuracy but for other content like PvP or the Dimensional Hole you'll want to try and get at least 30%.

How To Counter In PvP: Since Fran needs high speed with ATK and some Accuracy she tends to be a bit squishy. Her low base stats also contribute to being easy to kill so the best way to counter her is to target her first and nuke her down.