Grade: 3-Star
Type: Support
Where To Get: Secret Dungeon, Scroll of Light and Darkness, Temple of Wishes
Good For: GB10 (Early Game), DB10 (Early Game), Dimensional Hole, Everywhere In The Early Game Until You Get More Monsters 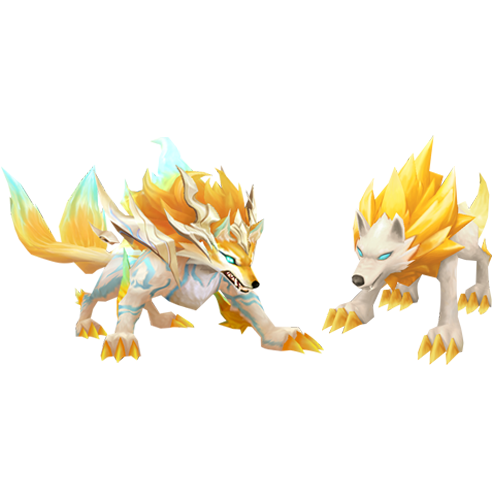 Attacks with giant claws to decrease the enemy's defense for 2 turns.

Attack the enemy and removes all beneficial effects on the target. (Reusable in 4 turns)

Attacks with giant claws to decrease the enemy's defense for 2 turns. Also decreases the Attack Bar by 15% with a 50% chance.

You want the Light Inugami, Belladeon to be on high Speed with good HP and Def stats. Depending on what content you plan on using her for you'll want anywhere from 34%-55% Accuracy. 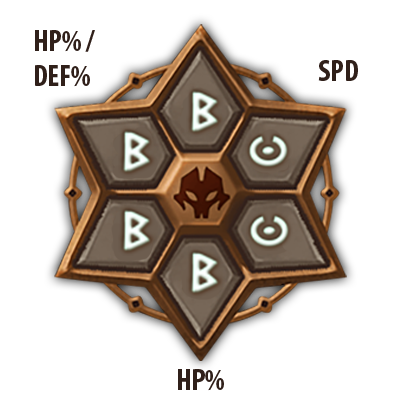 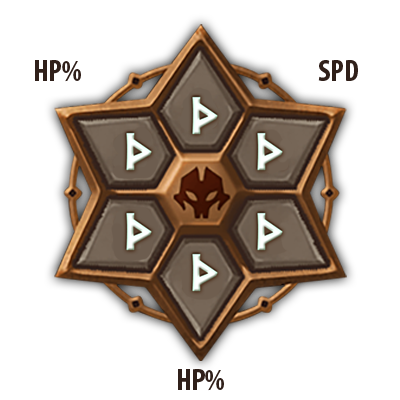 If you're looking for a more in-depth guide on how to build, rune, and use Belladeon for different content in Summoners War, consider getting our Rune Farming Guide. There we cover exactly how much of each stat you will need and what other monsters to use on teams with Veromos.

GB10 (10/10): Belladeon is the best healer for a beginners Giant's B10 team. You'll replace her once you can use a speed team but until then she will be in most of your GB10 teams.

NB10 (1/10): Belladeon's kit is pretty bad for Nerco B10, she has no multi-hits and her strip doesn't do anything here. Colleen and Fran are free healers that are much better in NB10.

ToA (5/10): She can be used in ToA as your first healer before you get a better one like Chasun or until you can go with a full CC comp that doesn't need a healer.

Rift of Worlds (3/10): Belladeon is not very good in Rift content. She's out classed by Colleen and Fran which are both Free-To-Play monsters everyone can get. She is however pretty good in the Water Rift Beast because her heal gives Attack Bar which will help your team shake off the freeze debuff faster.

Labyrinth (5/10): Belladeon is not bad in a few of the Labyrinth stages.

Dimensional Hole (8/10): She is the best healer for the Karzhan Rune Dungeon and pretty good for the Awakening Dungeons as well.

Arena (6/10): Belladeon is a great nemesis healer for Arena defense. When you put at least 2 sets of nemesis runes on her she will cut in between the enemies damage dealers and heal plus ATB boost your team.

Guild Wars (6/10): After the second awakening Belladeon has become a pretty strong healer for a bruiser Guild Wars offense.

RTA (6/10): After she is second awakened Belladeon is a solid pick for RTA if you are lacking top tier RTA monsters.

Overview: Belldeon is one of the best healers in the game especially for being a free-to-play (F2P) monster that everyone gets. She will carry you through the early and mid game and even in late game you will have some uses for her, especially after you second awaken her.

How To Build / Rune: In the early game you will want to put her on Swift / Energy or Swift / Focus until you get some good Violent runes. You will need 45% Accuracy for GB10 and 55% Accuracy for DB10 with the rest of her stats going to Speed, HP, and DEF.

If you want to use Belladeon on Arena Defense you will want at least 2 Nemesis sets on her so she gains Attack Bar and cuts into your enemies team to use her heal. Make sure you give her high speed and enough HP to survive one Lushens Amputation Magic (Normally 30k+ HP).

The best build for Belladeon in the Karzhan Rune Dungeon is also double Nemesis because she should be the one that gets focused being a non-fire monster, so when they get Belladeon low she cuts in from the nemesis attack bar increase and heals herself up while also giving your whole team a turn.

If you really need another monster for your RTA lineup you could second awaken her and put her on a violent / will set.